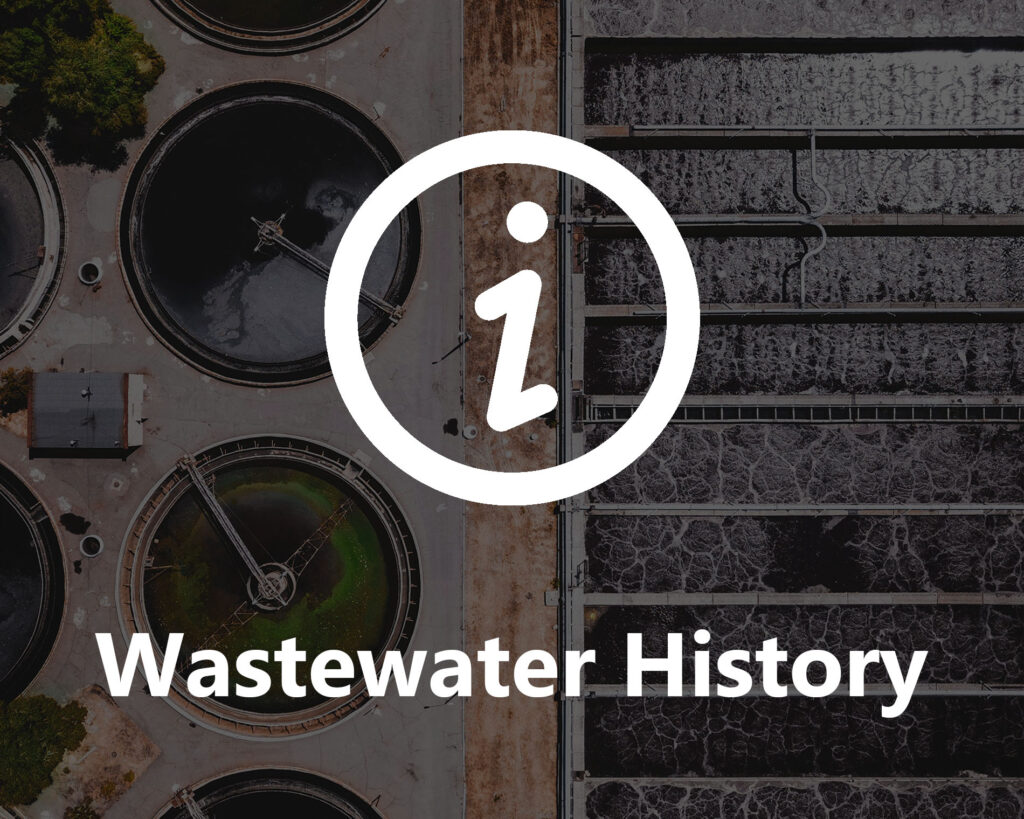 Treatment of wastewater is a relatively modern practice. The modern sewer system is an engineering marvel. A treatment plant uses a series of treatment stages to clean up the water so that it may be safely released into a lake, river, or stream.
Share on facebook
Share on email
Share on print

Treatment of wastewater is a relatively modern practice.  While sewers to remove foul-smelling water were common in ancient Rome, it was not until the 19th century that large cities began to understand that they had to reduce the amount of pollutants in the used water they were discharging to the environment.  Despite large supplies of fresh water and the natural ability of water to cleanse itself over time, populations had become so concentrated by 1850 that outbreaks of life-threatening diseases were traced to bacteria in the polluted water.

Since that time, the practice of wastewater collection and treatment has been developed and perfected, using some of the most technically sound biological, physical, chemical, and mechanical techniques available.  As a result, public health and water quality are protected better today than ever before.

The modern sewer system is an engineering marvel.  Homes, businesses, industries, and institutions throughout the modern world are connected to a network of below-ground pipes which transport wastewater to treatment plants before it is released to the environment.  Wastewater is the flow of used water from a community.  As the name implies, it is mostly water; a very small portion is waste material.

At a typical wastewater plant, several million gallons of wastewater flow through each day — 50 to 100 gallons for every person using the system.  The amount of wastewater handled by the treatment plant varies with the time of day and with the season of the year.  In some areas, particularly communities without separate sewer systems for wastewater and runoff from rainfall, flow during particularly heavy rains or snowmelts can be much higher than normal.

A treatment plant uses a series of treatment stages to clean up the water so that it may be safely released into a lake, river, or stream.  Treatment usually consists of two major steps, primary and secondary, along with a process to dispose of solids (sludge) removed during the two steps.

In primary treatment, sand, grit, and the larger solids in the wastewater are separated from the liquid.  Screens, settling tanks, and skimmering devices are most commonly used for the separation.  Primary treatment removes 45 to 50 percent of the pollutants.

After primary treatment, wastewater still contains solid materials either floating on the surface, dissolved in the water, or both.  Under natural conditions, these substances would provide food for such organisms as fungi, algae, and bacteria that live in a stream or lake.

Most public wastewater treatment plants now provide a second stage of treatment known as secondary treatment to remove more of the pollutants–up to 85 or 90 percent altogether.

Secondary treatment is largely a biological process.  Air is supplied to stimulate the growth of bacteria and other organisms to consume most of the waste materials.  The wastewater is then separated from the organisms and solids, disinfected to kill any remaining harmful bacteria, and released to a nearby lake, river, or stream.

The Stuff That’s Left Behind

You may have figured out by now that while treatment of wastewater solves one problem– cleaning the water that is released from the treatment plant to the stream–it can generate others.  For example, the material that is removed from wastewater doesn’t just disappear.  It is called sludge.  Sludge requires proper treatment and disposal, and can often be reused.  Sludge handling methods are designed to destroy harmful organisms and remove water.  The end product of the sludge handling process is a relatively dry material known as “cake.”  It can be applied to agricultural land as a soil conditioner, placed in landfills, or cleanly burned.  At some plants, sludge serves as a fuel to produce energy.